Why does Brazing require Temperatures above 450C (840F)?

Brazing, when performed correctly, is a joining process that produces a permanent bond between two or more materials by heating them to a temperature above 450C (840F), but lower than the melting temperature of any of the materials being joined, and a permanent, metallurgical bond between these materials is produced when capillary action draws a molten brazing filler metal (BFM) through the clean, closely fitted faying surfaces of the joint.

Therefore, stop-off compounds, which are blends of metallic-oxides that are packaged in a variety of forms: liquids, pastes, powders, or tapes (to name just a few), can be very effective at preventing molten BFM flow into areas protected by the stop-off.

In reality, the answer is “no”. The numbers selected have no specific metallurgical meaning, other than that they represent a convenient demarcation point between the melting temperatures of zinc (420C/787F) and aluminum (660C/1220F).

A number of years ago, the definition of brazing specified temperature of 800F as the demarcation point between “brazing” above that temperature, and “soldering” below that temperature. But of course, since the world continues to “get smaller”, so to speak, via closer international communications and via faster air-travel, it was decided by the brazing community that the temperature for brazing really should be specified using standard metric terms, since metric is the world standard. In so doing, they agreed to declare that the “standard” minimum liquidus temperature for a BFM would now use a conveniently rounded-up metric number of 450C, rather than the previously used 800F (420C), and in one quick step brazing jumped from 800F up to 840F (officially, 450C). Of course, it’s possible that the brazing community could have said: “Let’s use 500C as the demarcation temperature”, and that would probably have been fine, too.

Thus, this choice of temperature at which soldering ends and brazing begins is really just a number “pulled out of the air”, somewhere between the melting points of zinc and aluminum, to provide a basis for being able to differentiate between the two joining processes.

Brazing used to be known as “hard soldering”, and “soft soldering” was the term used for what we merely call “soldering” today. In many places, especially among some of the older jewelry makers, the term hard-soldering and soft-soldering is still being used.

So now you know “the rest of the story”, and will hopefully understand that the temperature used to separate soldering from brazing does not really have anything to do with a specific metallurgical reaction occurring at that 450C (840F) temperature, but was merely agreed upon for the convenience of differentiating between the two processes.

What’s this 3T-to-6T Overlap ‘Rule” for Joint Designs in Brazing?

For lap joints in brazing, we usually use the “3T-to-6T Rule,” where “T” is the thickness of the thinner of the two members being joined. 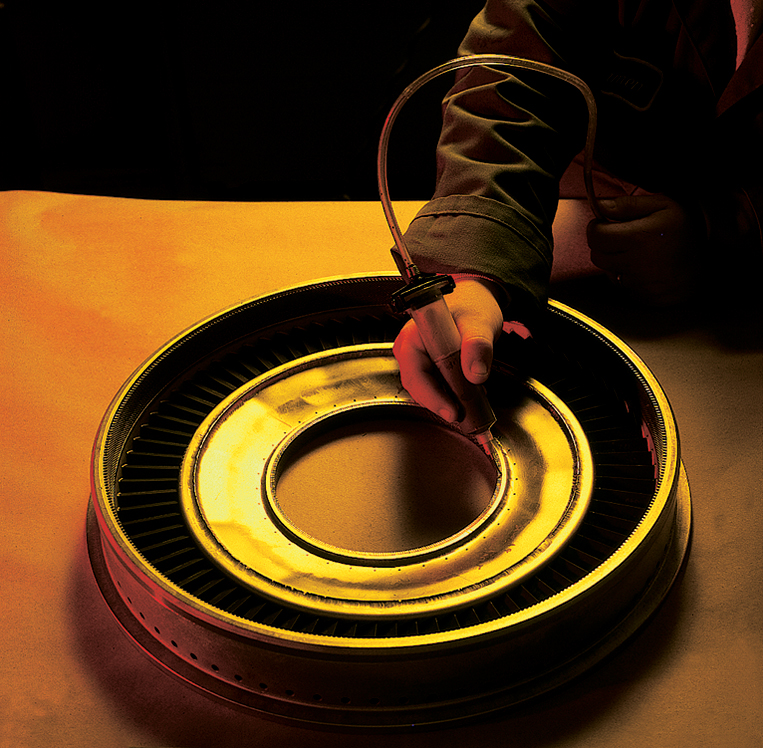 Here’s how this was developed: Many overlap brazing tests were made in labs around the world using different base metals, different filler metals and different amounts of joint overlap. These tests have shown that sheet-metal brazing using overlaps less than 2T failed in the brazed joint itself when subjected to tensile tests. As the overlap increased to more than about 2.3T or so, the failures invariably occurred in the base metal away from the joint and not in the brazed joint itself. So, the brazing community at that time decided to use (and publish) the 3T-overlap as a minimum overlap to ensure that failures would always occur in the base metal and not in the brazed joint.

Please note that the 3T-overlap already contains a safety factor of almost 30%. Therefore, a 3T-overlap, when the joint is brazed properly, should give full strength to any brazed joint and be completely leak-tight. Thus, a 3T-overlap is all that anyone ever needs in a lap joint! Not 4T, not 5T, just 3T is needed for a completely safe, sound joint!

Having said that, it was felt that if someone had a brazed joint that was approximately a 6T-overlap, and if it contained about 50% void content (of course, assumed to be randomly distributed throughout the joint), then it would still have a net-overlap (after deducting all the areas of voids) of about 3T. Since no one ever wants to have 50% void content or more in a joint, there should never be any need to extend the overlap from 3T all the way up to 6T, and so the brazing community suggested that people should not exceed 6T overlap in any of their brazing designs. Again, this was not because overlaps beyond 6T don’t work, but because it is wasteful of brazing filler metal (BFM) to have to fill a much-larger-than-needed overlap. And it also wastes a lot of base metal to have to make an overlap that long! 3T to 4T is perfectly adequate for ALL braze joints, and overlaps longer than that are just wasteful!

Additionally, it has been found that when overlaps exceed about 4T, the percentage of voids in the joints rises rapidly since you are asking the BFM to flow through longer and longer joints. The void content does, in fact, rise rapidly as a percent of the total covered area. So, if a company has a void-content limit (such as a void-content limitation of 20%), it is even more important to limit the amount of overlap.

Dan Kay – Tel: (860) 651-5595 – Dan Kay operates his own brazing consulting/training company, and has been involved full-time in brazing for 40-years. Dan regularly consults in areas of vacuum and atmosphere brazing, as well as in torch (flame) and induction brazing. His brazing seminars, held a number of times each year help people learn how to apply the fundamentals of brazing to improve their productivity and lower their costs. Dan can be reached via e-mail at dan (at) kaybrazing.com, and his website can be visited at: http://www.kaybrazing.com/